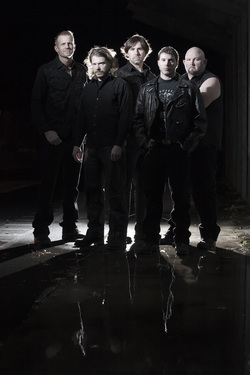 Brazen Angel plays a unique brand of melodic metal unlike any other band in the Atlanta area.  Beginning originally as an off-shoot of hard rock band Solar Krush back in 2003.  After several line-up and sound changes, a decision was made by founding members Chris Cannon and Joey Phillips to pursue a blend of the thrash, power, traditional, and melodic metal they followed so closely.  The addition of Doug Neal to the mix brought an additional element of AC/DC-styled riffs and licks.  Despite several prominent shows, including opening for the likes of WASP, the band never fully reached it's potential.  Enter Evans Martin in the fall of 2008.  His easy-going nature, love and appreciation of the same types of music as the other members and superb drumming ability filled the drumming void that had existed for so long.  Furthermore, he was able to bring his twin brother, Reese Martin, into the fold.  Reese's unique voice, which can range from soft and pleasant to raw and powerful (check out our version of Mob Rules!) fit the band perfectly!

Brazen Angel's albums are out now at www.cdbaby.com, iTunes, and www.Amazon.com.